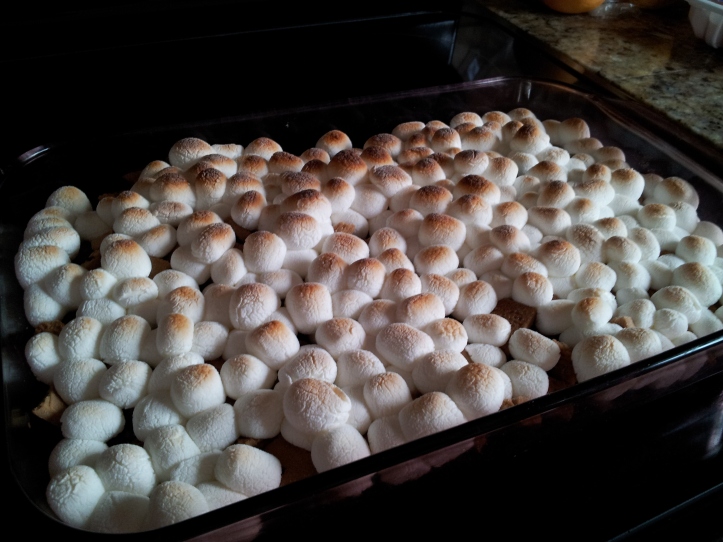 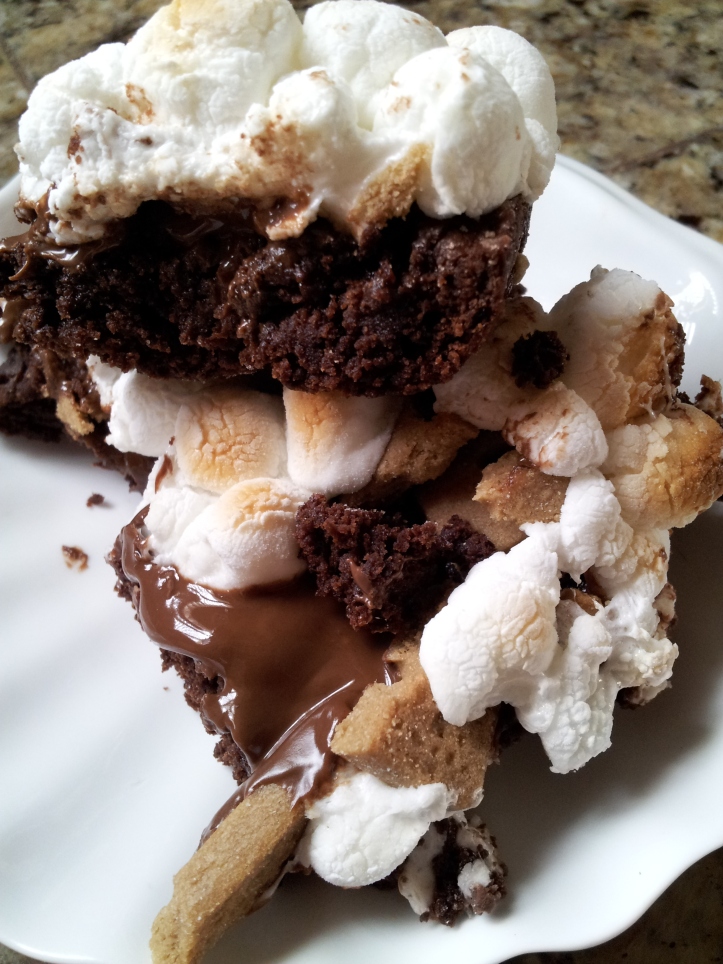 This is soooo not for me, I promise! 🙂 But I did lick the beaters. One of my dearest friends in the world is celebrating her Birthday this Tuesday, so I have made a big batch of Gluten Free S’mores Brownies for her. Now, to keep the hubby’s hands out of it. I didn’t make the brownies from scratch which I would usually try and do, but I used a Bob’s Red Mill Gluten Free Brownie Mix which turned out pretty good. This recipe would be great using regular items instead of gluten free and would be half the price. Not to mention, it can get tricky finding gluten free graham crackers.

1 gluten free brownie mix
12 small gluten free graham crackers
2 c mini marshmallows
4 med chocolate bars (I used hershey which I am trying to boycott because I don’t agree with some of their practices including spending money to defeat the GMO Prop 37 this past fall, but I digress 🙂 )

Bake the brownies according to the directions on the package. When done, top with crushed graham crackers and broken up chocolate pieces, covering with a layer of marshmallows. Put back in the oven under low broil for a very short time; just until marshmallows start to brown.

I hope she likes these!